My chilled elderly dad stays in my flat. A far cry from tense city trips as a kid 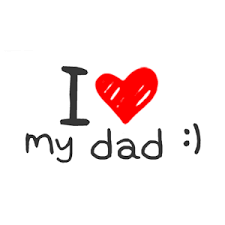 My father was asleep in his cot at the foot of my bed. Actually, Dad was in the little camping bed I had borrowed when he told me he was coming to Dublin and asked to stay at my Rathmines flat overnight.

He had been invited to the Garda Club on Harcourt Street  for the 25th anniversary reunion of a class he had instructed at the Garda Training Centre in Templemore.

It was early morning and in the gathering light filtering through the curtains I could just discern the tousled track of white hair running around nature’s tonsure and the red tip of one ear above the swathe of blankets.

Muffled by the covers, his snores had moved down a few decibels and I found myself smiling.

The mummified body seemed so slight in its foetal undulations and the fact I was looking down made him seem like a little boy. A white-haired 72-year-old boy. My father asleep in his cot at the foot of my bed.

I remembered family trips to Dublin when I was a boy. Especially the one before Christmas. How tense my countryman father would be already as he filtered the car into the thickening suburban traffic. Sure that only made the six of us squashed into the back seat of the Morris Minor worse.Here we were, four brothers and two sisters, full of the big city whoosh, arguing over who would see the most double-decker buses. Clery’s and Santa and the mad dash from shop to shop to come, and best of all, the chips, the lemonade and the buns in the cafe when we laid down our bulging bags.

My mother was in her element amid the swirl and swoosh, chattering away and buttering up all the salesmen. But my dad … I could still almost feel the white-knuckled scrunch of his huge hand on mine as we crossed O’Connell Street.

Dad would only begin to unwind as we tucked into our tea in Auntie Joan’s afterwards and become positively jovial as himself and Uncle Liam yarned away.

All too soon we would be in the car and beyond Newlands Cross as the evening gloom descended.

In the back, conversation would soon dry to a jaded trickle as we kids succumbed to the tetchy torpor of the traveller’s quasi-sleep. The intermittent glare of streetlights on aching eyelids marked our passage through the largely silent villages that mapped the road to home.

Years of memories flowed by now as the shallower, irregular snores told me Dad would be awake soon.

Up to put on the rashers and sausages, and the Barry’s tea. Ah, the tea: the pot piping hot and the water scalding the tealeaves. White bread and real butter.

Everything had gone so well last night. All the news I knew already as the bus headed in from Heuston; him chuffed about the free train as he showed me the dog-eared pass that meant only old age to me.

I was to call for him at midnight. Me collecting my father. How often had I come out from hops to the discretely waiting unmarked blue Escort? A fleeting snog out of sight if I had got lucky and a hurried rendezvous arranged as the engine revved.

When I arrived at the Garda Club, the stragglers were still picking at the remains of the day. My father’s head was thrown back in laughter in the middle of a small group. He beckoned me over. The reddened nose told me he had had a few more than his usual two pints and a Jameson.

Peter and Jimmy I knew; particular favourites from that class, they had visited us often. Jimmy was a Chief Super now, as dad often reminded us, but here he deferred happily to his old instructor sergeant. I basked in the warm glow of the obvious affection these men felt for my Dad.

Back at the flat later, we chatted in the dark until a whispered goodnight and his abrupt turn to one side in the little camp bed ended a day memory was already filling away. My father asleep in his cot at the foot of my bed.

The idea of our roles coming full circle and me looking after my dad now was fanciful, really. He would wake soon, as would old resentments and unresolvable differences. Still the patriarch and I still the son. As it was in the beginning.

0 comments on “Cosy memoirs of my father”

Hi, I’m Blogger Enda. The figures are in ... I'm not going to change the world, but I can still I brighten your corner of it a little. I'm at endas1896@gmail.com