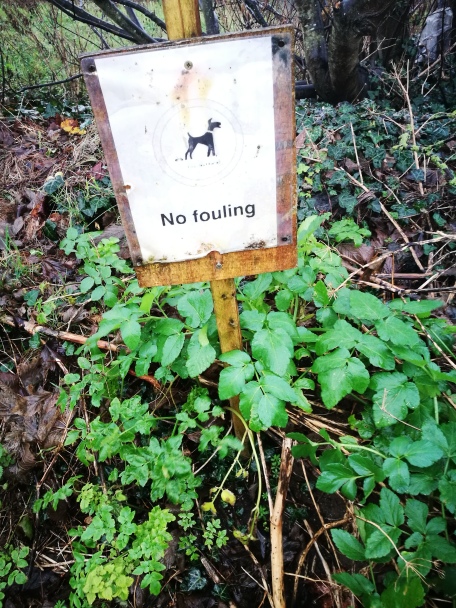 What a morning that was: the Quest for the Big Enough Knickers, followed by the Blue Socks SOS  and, finally, Daddy Goes On A Muddy Field Adventure!

And home in time for lunch.

‘Feckin’ hell,’ I thought to myself as I rooted through our ironing-pending drawer — aka everything washed and dried stuffed into the bottom of our son’s wardrobe —  for a clean pair of knickers for our daughter, ‘I never signed up for this!’

Our daughter was a pulsating ball of anxious energy, frantically brushing her hair, scrubbing her teeth, bickering with her brother and looking for her school PE gear. All at the last minute.

Mom was waiting in the car to bring the pair to school in the village;  she was leaving early for a meeting in work.

Forget breakfast. Our girl had slept in. Whose fault? Ours. Why?

We don’t let her have her phone in her room overnight, so no alarm.  Yes, she had been called — twice.

Knickers number one and knickers number two were dismissed with a sneering curl of the lip and an indignant swish of her hair — ‘they’re too small /// are you joking, Dad, I never wear them’.

Had she told us this, thrown them out? Duh!

She reached out her free left hand to snap nether garment Number Three from my outstretched hand, and I reminded her once again that since she had PE first, to make sure she had every bit of her uniform in her kit bag.

Not like two weeks ago when she forgot her shirt. The school rang at 10am and Daddy had to drop everything and get to school pronto with the rogue garment.

“Of course I have everything!”  she hissed, as I scooted downstairs to ensure our boy was also good to go.

The phone rang at around 10am:

“Dad, I forgot my school socks — can you bring them down! Now, I need them!!”

Of course it was lashing from the heavens outside, but Bella our terrier needed her run out, so I would bring her down and drop off the socks in the school, which is only seven minutes away on foot.

Normally when I as much as reach for my coat or outdoor shoes, Bella is a yammering bundle of excitement, but  now, she just looked up at me from under her eyebrows, from  the arm of the couch in the sitting room, as if to say, “No, you go, I’m good here!”

I left her and splashed off across the green and down to the school.

“Oh, she has you wrapped around her little finger,” teased the lovely school secretary.

Job done, and off to the supermarket to get onions for the shepherd’s pie I would be making for dinner, and, I picked up a grand fresh Brennan’s Bread — white, naturally, the ultimate sandwich bread.

For the lousy day that was in it as the lads would love it when they came in from school. Chicken vegetable soup and bread — ‘Yes, you can have Nutella on it!’.

No way was I paying for a plastic shopping bag: “I’ll take one of those paper bags, please”.

Up the laneway for home, already mentally pouring out a lovely little Nespresso latte when  I was greeted by this:

The bag with my provisions was getting soggier by the second as I pondered my options: back the way I went, and a long, long walk around to the park, and eventually home, or cut through the field to my immediate left and through much quicker to the park.

Option B it was.

First up, though, was a wall of mud six feet high up to said field.

It was soft, and my hiking boots were soon filthy as I grabbed hold of a bunch of shrubs and weeds to haul myself up and over.

I was praying they would hold. They did. So far so undignified.

Now I just had to scramble across a 100-yard expanse of what appeared fine firm silty soil.

It was a fiendish trap: even along the edges, the going was, let us say, soft, and three times in about 50 yards, one or other boot sank to above ankle level in the clinging clay, and the seething water that lay just beneath the surface.

Boots and land were now indistinguishable in texture, colour and moisture content.

I eventually got through, to the next obstacle: another six-foot bank of mucky sludge, this time with no weeds to pull myself up and over with. Oh, this one also had an ever-rising trench of water protecting it. No turning back now.

First of all lobbing the grocery bag over on to the top of the trench across the moat, Ireland’s less than fittest pater familias launched himself across, with fingers in clawing position ready to grip the far muddy surface on impact.

He must have looked something like the biggest and most ungraceful flying squirrel ever seen.

Every fibre of my dripping, mud-splattered, rain-sloshed being was focused now on one thing: getting a proper grip and scaling the muddy apex in one movement; if I didn’t it would be grip, slip, and slide slowly down into the mushy sludge below.

My grocery bag was tattered now, but just about holding out, as I bent to pick it up, but I sensed the Brennan’s Bread had lost its pert rectangular perfection.

There was one more muddy field to cross to reach the promised land of the town park, and more of the same: ploughing on, alternately sinking and extricating myself, and swearing through the lashing rain and thinking this place would be great for any film-maker seeking to recreate the  Battle of Passchendaele.

Who was the stick-in-the-mud now!

I was down to my last obstacle now,  and I could see the stone perimeter wall of the park ahead.

For shame, several attempts to clamber up and over came to naught. A few years back I would have done it, easily, but not now.  I know Indiana would have hopped over it and shot a few Nazis at the same time, without losing his hat, but not this squirrel!

There was nothing for it but the long trek around the far side of this massive field, and out on the laneway, just up from where I had entered it. Muddied but unbowed. Kind of.

It was home the long way after all, but at least this old soldier had fought the good fight.

Reaching the house, I went straight for the pan and wasn’t long fetching up decadent but restorative peas and rashers, and that long-awaited Nespresso. And a few slices of slightly misshapen but delicious Brennan’s Bread with butter. Boy did they taste good.

26 comments on “To Passchendaele and back for my darling daughter”