When was the last time you found yourself defending the indefensible? In public?

I mean staunchly, loudly justifying yourself and your actions when you are stone-wall wrong —  and you know it?

Thought I was right for, oh maybe 25 seconds, was soon overwhelmed with incontrovertible evidence to the contrary …  and kept on arguing

Arguing? I got even more vociferous in my contentions.

I think they call it bluster.

Spent five heated minutes snarling and insulting, knowing I was in the wrong. Utterly so.

I hear the kids doing it all the time, have drawn their attention to it time and time again, and I’m there wondering how can they be still arguing away?

Like that famous line in Oliver Goldsmith’s long poem The Deserted Village about the village schoolmaster:

“For e’en though vanquished, he could argue still.”

It all started with a gorgeous walk in the green, sunny acres of our local park. It was lateish evening and the freshly-mown park was quiet. And ours to enjoy.

Bella is quite biddable now. Prone to bark at bigger dogs, but easily calmed enough. Lily is another story.

Lily charges at everything: at her food, at her water, at us, her beloved guardians — overwhelming us with her tongue-slobbering affections.

She is a sinewy, shiny black blur of tail-wagging appetite and enthusiasm.

And boundaries are an issue.

We have to give Lily her food a second before Bella, and when finished, she will snout Bella out of the way and attack the rest of Bella’s food, unless we intervene.

Like I said before, Lily Savage we call her at mealtimes

But she is so cute and adorable, and vivacious, we know it is just her way, and she will desist when admonished. She will learn. So she gets a kind of pup’s pardon.

But she will do it again the next time.

And she is like that with other dogs: spots one of any breed, size or temperament and she will be on her hind legs straining at the lead, barking and bawling, trying to get up close and personal.

So there we were yesterday evening, myself and the two dogs in the park.  No-one around. So I let them off their leashes.

They were having a ball: running and sniffing and chasing each other, play-biting and tumbling over each other. Brilliant to watch as I strolled after them.

Then Lily spotted the huge German Shepherd across the full width of the park, and she was over like a four-legged Usain Bolt. And Bella after her.

Lily, especially was barking like crazy, right up at the big, scary-looking creature, who looked bigger and scarier as I got closer and closer.

And the owner was no shrinking violet either. He was really pissed off, giving out yards, by the time panting me reached the crime scene.

Lily and Bella looked so tiny yammering away at the hairy, though well-groomed German Shepherd, right in his face, a couple of backward steps every now and again to remain just beyond those slavering jaws of doom.

The  Shepherd was up on his powerful back legs, jerking at his tautened leash. If he had escaped his impressive looking harness, God knows what he wouldn’t have done to my pair of yapping gobshites.

I didn’t like the way the dog’s owner was shouting at me, calling me a clown, and all sorts, for not having my dogs on a leash.

He was a youngish guy, early 20s maybe, a scraggy red beard extending down from his chin, an oversized baseball hat, green parka.

I thought he was way over the top, and I was trying to argue that, “look at the size of my dogs, they are terrified of your one, and that’s what smaller dogs do … they bark to look big ….”

He was having none of it, and indeed it was a hard one to argue, with Lily’s eyes bulging with venom, inches from the drooling, straining German Shepherd.

And Lily the one who had led the charge of the light (very light) brigade across the park.

So, of course, I changed tack

“Why do you have such a vicious-looking dog, anyway?”

“That yoke would destroy my little dogs, if you let him go”

So far, so unpleasant.

It’s funny, but afterwards, I was thinking about how myself and this other owner must have resembled our dogs: snarling away, and circling, but no actual physical engagement, or combat. All bark and nark in the park.

As we are arguing, I was trying to call my dogs to order.

Bella came to me, reluctantly, and I had her lead on, but Lily was way too far gone. Ignored my calls.

Made me look thoroughly ineffectual.

Then another owner arrived on the scene. A tall, skinny, shaven-headed man with a little chihuahua-type thing on a dainty pink lead.

Now I am battling on two fronts, trying to retreat without losing face.

By this stage, I have grabbed Lily and fought her into her lead, and I am trying to untangle her’s and Bella’s as I make towards the nearest exit … luckily enough, it’s the one leading to our estate.

Do you think I should have Lily and Bella on their leads next time? For everyone’s safety. 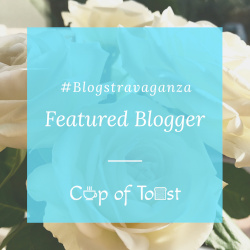 Hi, I’m Blogger Enda. The figures are in ... I'm not going to change the world, but I can still I brighten your corner of it a little. I'm at endas1896@gmail.com