So, what day of the lockdown is this … the zillionthy-third, is it?

Living in these strange times that don’t feel strange anymore.

Maybe that’s the strangest thing of all.

I’m kind of into the rhythm of it now, though.

Or maybe I’ve just found my own.

Sure, it’s been tough not meeting up with some people, but it’s also been great not having to encounter others!

I’m always first up in our house, to take out the dogs, mostly, but I also like getting weekday breakfast sorted for my showering wife, who is an essential worker.

Paul Mescal as Connell, and Daisy Edgar-Jones as Marianne are beyond perfect. You just want this mesmerisingly ordinary pair to be together. Like forever

I wish she could be around during the week, as it all just works better when she’s here. For me anyway, and I know my teenage daughter just breathes easier.

The weekends have been great, though, and our breakfasts then, especially,  have turned into mini-banquets.

Like most people, I check the weather first … knuckling back two shutter lats to scrutinise the sky … and am notably lifted by an unclouded sky, or if the sun is occluded by sulky nimbus rainclouds, I too am overcast as I go to sling the coffee beans into the DeLonghi.

How many ways do I love our dogs, the excitable and mood-lifting Lily of the big brown eyes that can lock as soulfully on my own as on a passing fly, and the haughty greying lemon that is Bella, as whimsical and elegant as a cat!

There’s nothing and everything to do, and time uncreases itself and spreads out evenly across each given day, until night-time finally says ‘no more of this’, and it is time for sleep.

Netflix has been brilliant — that Michael Jordan The Last Dance thing is only stunning, and I’m loving Normal People on TV.

I read Sally Rooney’s book, and while I could get some of the criticisms of its minimalistic approach, I found myself caring so much about Marianne and Connell.

What more can you ask of a writer and their protagonists?

Lenny Abrahamson’s TV adaption has a similar uncluttered, thinly-plotted feel, but oh, so much depth and truth in the emotional detail.

Paul Mescal as Connell, and Daisy Edgar-Jones as Marianne are beyond perfect.

You just want this mesmerisingly ordinary pair to be together. Like forever.

But a special word for Edgar-Jones. Yes, those soulful, brimming brown eyes have it, and more …

But I’m reminded of that old saw about Ginger Rodgers dancing with Fred Astaire, and Fred getting most of the kudos for his hoofing, even as Rodgers did everything he did, only backwards and wearing heels.

Well, Ms Daisy has to do all her acting and luminous projecting with the most credible of Irish accents, and she’s English!

But, most of all, and best of all, I’m really delighted with the amount of reading I’ve been doing.

I finished that Bill Bryson tome I wrote about recently — it was only lying there for, what, maybe 15 years! —  and have started his autobiographical The Life And Times Of The Thunderbolt Kid, but I have also just read Anne Tyler’s Redhead By The Side Of The Road, her latest peach of a novel.

All I know is, I crossed my arms and hugged it to close to my chest when I finished it, a salty something catching in my eye …

Talk about normal people, and finding the quiet grandeur in their hidden depths, is there anyone better at capturing those than Tyler?

I’ve been a fan since reading The Accidental Tourist — a cinema hit, of course, when adapted, with Gina Davis and William Hurt — and this one didn’t disappoint.

I won’t give anything away, except to say it’s the story of 43-year-old computer repair guy Micah Mortimer, aka Tech Hermit, fastidious, decent, but removed, and the unexpected encounter that unleashes quiet shockwaves of regret and unfulfilled dreams that ripple through his stolid world, to challenge and confound him.

All I know is, I crossed my arms and hugged it to close to my chest when I finished it, a salty something catching in my eye …

Yes, most of us live in a little big world — I do anyway — which challenges and confounds.

Like dealing with two teenagers in the house … we get on by me mostly staying out of their way … ready to interact when they want to. Intervening only when I feel I have to.

I was thinking about this the other day when a postcard arrived for O from his form teacher … referring to the good schoolwork he has been doing, and telling him to give one last push before the holidays, and good luck!

How nice, I said to him when he came down to the kitchen after getting up.

‘It’s nice and all, like, but a text or something would have been fine …’ he said, in his wonderfully droll (sweetly unknown to himself) way.

‘Really? … I thought it was very sweet; she didn’t have to send those out to you guys …’

‘Couldn’t you maybe just see it for the sweet thing it is? …’

Armed with a plate of toast and Nutella and a sloppily-poured apple juice he retired to his room for more FIFA.

And I’m there thinking about his propensity for equating money and cash with value, or worth.

Like somehow, I suspect, he does not appreciate his worth, as a person … to us, to the world, to himself …

So later, I kind of bring this up with him … a few short observations, as he’s not one for sharing feelings or endlessly scrutinising interactions, not like myself, his mom and his sister …

‘You know the way when we paid to replace your PlayStation, and you were nearly over-the-top-grateful to us?’ I begin.

He says nothing, but he’s listening.

“And when you get those controllers or chargers   … it feels like when we pay for those things, it feels sometimes like you’re nearly too grateful … like somehow you don’t deserve it …

‘But you do so deserve them … we love giving you things … seeing your delight … anyway, some things you don’t measure in money …’

With O, you often don’t know what he has taken in, or rejected, until later on.

At lunchtime, I offered to put on some pasta and chorizo for lunch.

With ketchup at the ready, which he has with everything bar ice-cream, it nearly seems.

‘What way do you do the tomato ketchup on it?’ he asks

‘I dunno, I just put the pasta on the plate, then the ketchup, and just swish it around with the fork, make sure all the pasta is covered …’

It’s been the way I do it always and he has never said.

‘Absolutely … see that, how you said that to me, that’s the difference between feedback and criticism … other countries have a way of saying what they think about the service they get anywhere, in a restaurant, for example,. The restaurant just takes it as feedback and gives customers what they want …’

They have no bother giving us all the feedback we can handle in the house, though!

‘Americans are used to letting you know if things aren’t not good enough … some are maybe over the top, but it’s their culture, and the restaurant, or business, expects it …

‘If they don’t, the customer will go somewhere else … ‘

O recalls one time, it was 2012, the World Cup was on, and we were in Camping Vilanova, near Barcelona. He was just seven.

‘Remember that place, La Burguette’ — a fabulous burger joint we discovered in Vilanova village —  ‘and mam was giving out about the service being so slow … we were so hungry! I said it louder, and these people were looking at me, wondering who the hell is he …’

‘But that was their business, those people, and whatever they were or weren’t thinking about you … you can complain without being rude about it … they were very slow! That’s feedback …’

That afternoon, I am sweeping crumbs and stuff from around the pedal bin in the kitchen.

‘Use the Hoover’ says K, just a tad imperiously, I feel, as she arrives in … ‘not the sweeping brush …’

I hear it in as criticism …

‘Thanks for the advice,” I snipe … ‘Don’t you think it’s good I am actually sweeping up? …’

‘Just saying,’ she says, before sashaying back upstairs.

I think about it.

Later on, I knock on her bedroom door.

‘Maybe I over-reacted, there … I should take it as feedback, rather than criticism …’

‘Whatever,’ she says, not looking up from her screen. 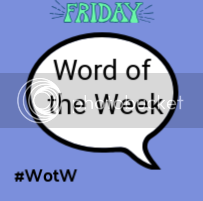