It started over Minecraft, moved on to how best to lace football boots, and finally, we got caught up in the relative merits of Chinese food versus Indian.

Well, how one is shit and the other isn’t.

A father and son barney.

Hardly a typical recipe for a quarrel but really, they can be about anything can’t they?

Me, the Boss Stag, challenged in my own habitat, and before I know it, my antlers are tingling. And so are those of the one who would be the Stagmeister. 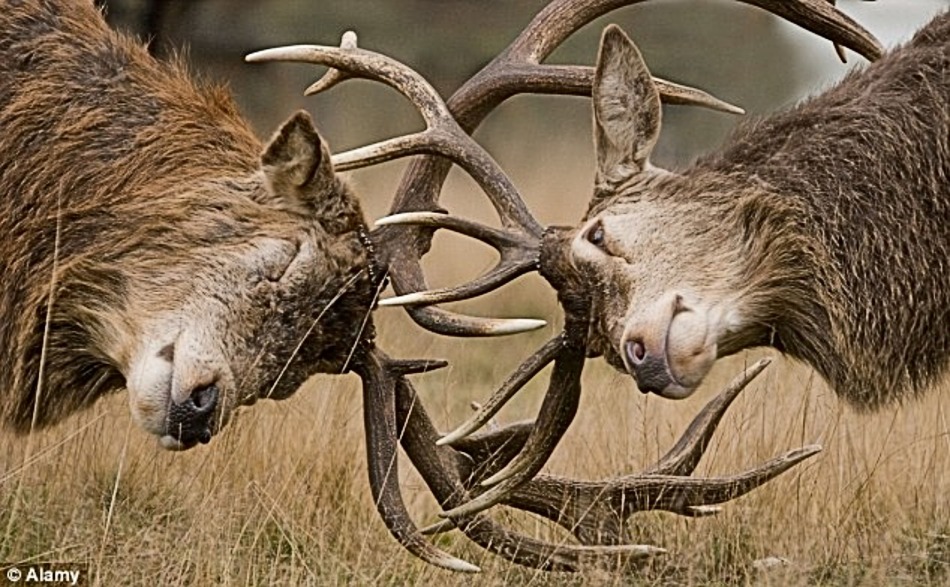 So ridiculous when I think about it now: a couple of male bucks going head to head, circling around each other first (wondering is this really worth arguing about), a couple of fades and rattles to begin with.

Not much behind them but they start to sting a bit. You move in closer, the adrenaline is pumping now, heavier stuff starts being thrown, the antlers are banging now, voices are raised and inhibitions are lowered …

Back to where it began.

We were running a bit late on this particular school morning Friday, and 12-year-old O had showered and was drying his hair.

As he does, he called up YouTube on the computer while he sat and blow-dried his long hair. Doing what loads of kids seem to do: watch other kids playing games online.

He was watching a lad playing Fortnite.

Something about the way the soldier-type character in the game was running through a landscape, chopping, hacking and building stuff as they went — and blowing other players away with massive guns, of course — reminded me of Minecraft, which O used to love.

I had recently read how one young Irish YouTuber, known as Little Kelly Minecraft, had made over €700,000 in the last two years from her subscribers.

I started to tell O about this. He cut me off: “Minecraft is finished.”

“Well it can hardly be finished if she was over a million people watching her videos, and she’s making all that money

“Maybe not kids your ages, but younger ones …”

Maybe it was the way O was sat there, never even taking his eyes off the screen as he summarily dismissed what I was saying.

Minecraft was dead, and that was it. And I didn’t know what I was talking about and should just stop digging.

So anyway, we’re downstairs and O is having his breakfast. He has a soccer match this evening. His boots are ready but his laces have been washed overnight. They are not quite dry, so I offer to have the boots laced for him for when he comes home.

So I ask does he want them laced “properly”, meaning the classic bar across.

“No way, Dad, crossed, the way everybody does them …”

“Crossed? Sure that’s just the easy way to do it …

“What do you mean, way better? The other way is classic, crossing is just the simple way, the kids way …”

I’m a bit fed up with this certainty thing, this absolutism, and I admit my voice is raised. Not shouting. But definitely raised.

“Are you serious? Your’e just trying to justify the fact that you guys can’t be bothered doing them up the right way. The classic way looks way better, but it takes too long for you guys ,…

Of course this gets on my goat … again I’m thinking it’s the way he says it, so dismissively, no point in even arguing … he’s right I’m wrong.

Typical me, I read so much into what others consider minor stuff.

It’s also voting day in the Eight Amendment proposal. We’re voting on whether to retain or remove an amendment to the Irish Constitution, inserted in 1983, and which recognised the equal right to life of the mother and her unborn child. 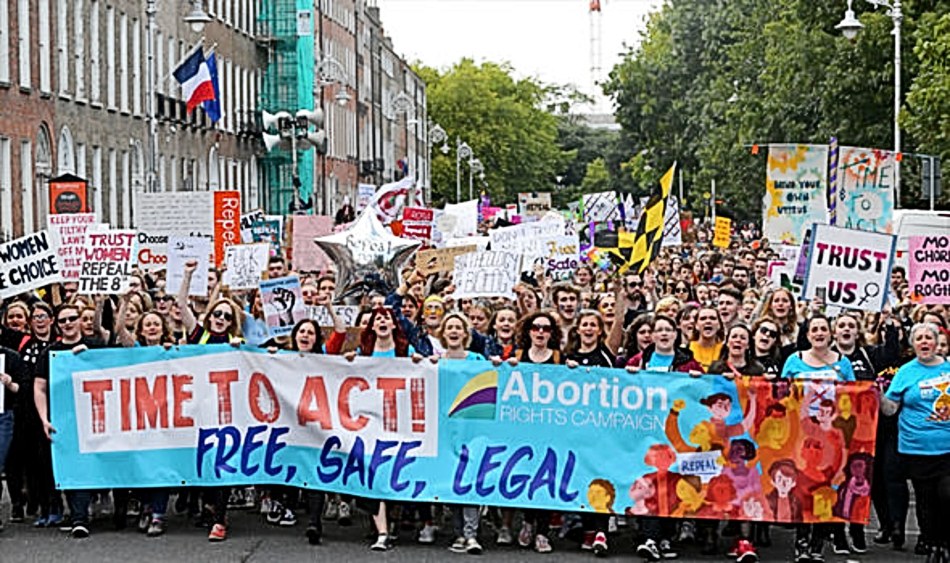 We’re really voting on the right of the mother to choose abortion, or for the State to continue to determine her choices.

It’s a complex issue, but for the purposes of this vote, it has been reduced to a simple Yes or No vote. Yes to accept the primacy of the mother’s right to choose by voting to remove the amendment, and No, to retain the amendment, and thus continue to make abortion illegal, except in very restrictive circumstances.

So restrictive that hundreds of women leave Ireland every year to have their pregnancies terminated.

This issue has divided people here for years. I have long ago reached my own opinion, and hate the selective arguments and the mudslinging on both sides that has characterised public debate on this most sensitive area.

I hate absolutism on any side of an argument … and it sounds to my over-sensitive ears exactly like what O is engaging in here … my opinion is not just wrong, I am stupid to even think I am right.

O carries on .… his voice raised now too

“It’s just the same as that time K tried to say that Chinese food was disgusting, and there you were (he’s imitating me now) ‘No K, that’s only your opinion, Chinese food isn’t disgusting’

“But that’s my whole point, O, it’s her opinion. If Chinese food was actually disgusting, nobody would eat it, and there would be no Chinese takeaways …”

At this point sensible Mom intervenes and draws attention to the time. We’ve got to get K and O out the door and on to school.

O and I park our disagreements and a quick kiss on his head from Daddy Stag and Mom, K and Number Two Stag … I mean O … are gone.

My wife has bought bread rolls and I am irked with her choice.

Why did she get those Tesco baguette ones?

“They’re so doughy … bloody awful,” I say to myself.

And then I laugh.

‘Awful, are they?’ says I to myself

Who’s the absolutist then, Dad?