So, which one are you?

And which of them is the most popular?

C’mon, let’s run with the stereotype a while:

Mr or Ms Extrovert arrives with their own jazz band playing, all 4th of July razzmatazz and buzz.

A jivin’ and a high-fivin’.

And where’s Little Miss Introvert, or her bloke equivalent?

Hanging with a scattering of the other no-mates.

Want to be the life and soul, but haven’t got the bottle.

Except maybe when they consume one. Or ten.

And they hate Mr and Ms Extrovert but would give anything to be them.

I was watching a really interesting discussion on Irish TV the other night.

It was an RTE programme called Brendan O’Connor’s Cutting Edge, where said O’Connor discusses topical issues with a different panel of three each week.

This week’s guests included a woman I hadn’t heard of, Jess Kelly, who is the technology correspondent with Irish independent radio station Newstalk.

Informing us she had turned 30 this year, Kelly spoke about this being the year she had come to acknowledge – and own – her personality type, which she described as introverted.

And she was brilliant … engaging, honest, funny and eloquent, as she spoke about such things as being happy to go along to social events on the strict understanding that she will enjoy as much of them as she can stand until she has to bale out.

‘No-craic (fun) Kelly,” they call me, she explained with a laugh.

Interpret that as you like: I see it as the one feeds perpetually on social energy, the other can enjoy it too, but at a certain point they reach overload, or maximum charge, and have to withdraw from the world, a little, in order to let those batteries recharge.

Kelly talked of such things as psyching herself up before joining the crowd at social events, which would be regular enough in her line of work.

She would enjoy them, but there would come a point where, for her emotional well-being, she would have enough and would leave.

Simple now, but of course, it had not always been so easy.

She spoke about how both the recognition of who and what she is, and the way to function in a way she feels comfortable with, came almost like a revelation to her.

And as a blessed relief.

I’m sure at this point many of you, like me, with introvert tendencies – a hell of lot more people than many of us realise, I reckon – will be thinking of all the situations where the introverted side of ourselves has felt obliged to follow the crowd, even when our very spirit and soul were crying out no, no, no!

And how we would have talked down this call to flight, for all sorts of reasons.

The assumption, of course, that we would be letting people down, or people would think we were “no-craic” because we were not skulling drinks and dancing on the table-tops.

I can recall so vividly the experience of standing outside a stomping pub or nightclub I had just left, and that beautiful feeling of tie-loosening relief and tranquility, even, descending on me as I looked around and took in every detail of the largely silent city street.

The crushed chrysalis of my conformity cracking open as my wings of freedom extended up and out, gleaming in the magic streetlight.

The most annoying stereotype is that introverts are shy. We’re not, necessarily, if you bloody extroverts would just shut up for a while, stopped hogging the attention!

I’m extroverted. With some people.

I’m extroverted when I am relaxed.

I close down with others. Do enough to get by. And get the hell out of there.

I look at my son and daughter.

She is more directed outwardly towards other people, and has a large bunch of really nice friends.

He works things out for himself, and is a deep young adolescent, sensitive and kind. And actually he does not need the constant affirmation that extroverts appear to crave.

This might be fanciful but I think of a line from Radiohead’s song Creep which captures, for me, the introvert’s condition.

We want to be noticed and regarded the same as everyone else, it’s just

“I want you to notice
When I’m not around”

But I disagree with Thom Yorke too.

We introverts are not creeps, or weirdos,

We do belong here. 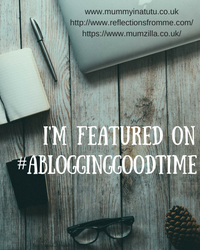 101 comments on “Introverts Are Extroverts When They’re Relaxed”